“Motion” is the fourth studio album by scottish disc-jockey and record producer Calvin Harris. It was released on 31 October 2014 by Fly Eye Records and Columbia Records. 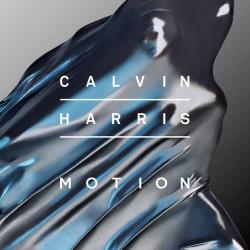 Like “18 months”, Calvin puts a very good studio album on the table. A mix of styles, with electro, EDM, dance-pop and some of his weird and alternatives electro-grunge & underground tracks. More violins on production, but following the extraordinary way of his last album.

“Open wide” is an insult to the people who listened to “C.U.B.A”, but there’s more good songs than bad ones. “Love now” (Disclosure style), Ozcan and Firebeatz’s themes or “Faith” (the opening track) are better than “Open wide”, for example. Anybody can make a mistake. The rest is dope.